More Goodies on the Way

If I were a real shut-in (God forbid), the COVID-19 pandemic would seem like manna from heaven. Those of us who are used to indulging a passion for cinema under normal circumstances probably have never thought about the homebound for whom keeping up with contemporary film matters used to be a hit-or-miss phenomenon. Of course the advent of VOD and streaming channels has changed that quite a bit, but the current state of affairs, with theaters shuttered across the globe, has now upt us all on an even footing.

Homebound or self-quarantining or "safe at home," whatever your status, there's a lot of new and new-ish cinema at your fingertips. Here's a quick run-through of stuff that's crossed my virtual desk n the past couple of days.

Bela Tarr's gigantic, ironic, iconic tome on the rather dubious joys of post-Communist, mud-soaked rural Hungary, Satantango, is coming out in a new 4K restored print. This wry seven-and-a-half hour masterpiece epitomizes the genuine joys and obvious challenges of the "slow cinema" movement at its finest. I've seen it twice and am thrilled at the opportunity to see it again, and that opportunity will come on April 17, courtesy of Film at Lincoln Center and Vimeo TV on Demand, with Kanopy, Amazon and iTunes joining in later. 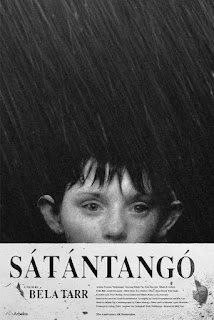 As regular readers know, Film Forum is one of my favorite NYC-based venues, an splendid and innovative blend of new and old. Like so many other film palaces, Forum is dark right now, unless you go to their new streaming site and it's well worth the "trip." Among the titles currently available are The Wild Goose Lake, which I have reviewed in this space already, and new films from Ken Loach and Cornel Porumboiu. The repertory side of their business isn't neglected either, with a restored print of Visconti's final film, The Innocent on offer. You can find out more here. And Friday, they will be adding Incitement and Beanpole, both of which I'll be discussing then.

I must admit that, with a few exceptions, the recent spate of Scandinavian cinema leaves me cold. (No pun inte -- aw, hell, really obvious pun completely intended -- you got a problem with that, Mac?) It's exciting and historically entirely appropriate that a new millennium brought about the rebirth of one of the great seedbeds of silent film, but for the most part I'm not won over. (Aki Kaurismaki being a major exception.) However, I'm always up for something new and if you haven't
seen any of the recent output from places Nordic or are more enthusiastic than I am, you'll be delighted to find that the Nordic International Film Festival, which takes place in October, is claiming an on-line screening place to be filled by works by their filmmaking alumni. There are many short films available for free and a batch of rentals available as well. 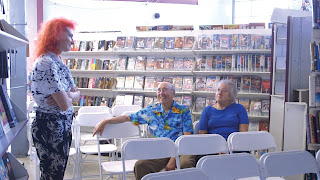