I have always had a special affinity for Samuel Fuller. One of the very first pieces of film programming I ever did was a Fuller series at Barnard College. I don't remember the entire film list, but I know I showed I Shot Jesse James, Baron of Arizona and Pickup on South Street. Perhaps more important, that series attracted a bunch of NY film people who became my friends and teachers.

After I finished my Master's in film at Columbia, I walked away from film for a few years. When my friend and colleague Jace Weaver dragged me back (no Godfather III jokes, please) one of the first films I saw at a press screening was Fuller's The Big Red One. It wasn't a revelation, because I knew well what Fuller could do, but it was a reminder of why I went to the movies in the first damned place.

I merely offer this little confessional moment (hey, it's the day after Yom Kippur, I'm not atoning for my love of Fuller but a little confession is good for a lead-in), by way of tipping you off to a screening of The Big Red One at The Museum of Jewish Heritage on October 10, and pointing you towards my piece on the film in Jewish Week.

In the same issue I review a new Holocaust-themed documentary, Six Million and One, by Israeli filmmaker David Fisher. This one is a bit of a conundrum; the first half is absolutely riveting, intelligent and unconventional, but the second half is downright catastrophic in its misplaced emphasis. At any rate, you can find my review here.

A Must-See Documentary and a Wide Range of Other Goodies

I seldom write on films by personal friends. The conflict-of-interest issues are obvious, and the opportunity to ruin a friendship (and get punched in the nose) too numerous to count. The one time I will make an exception is when I can wholeheartedly and candidly recommend a film. Happily, such an opportunity presents itself today as Electoral Dysfunction, a new documentary by David Deschamps, Leslie Farrell and Bennett Singer opens at the Quad Cinema in lower Manhattan.

Unless you've been living somewhere near the earth's core, you know that one of the formidable side issues in this year's presidential campaign has been Republican efforts to pass and enforce laws that would require citizens to present photo IDs issued by governmental bodies in order to be allowed to vote. Given that even the supporters of such laws admit that up to now voter fraud of the sort these laws are supposed to target is really a non-event. The real purpose of such laws is to discourage voting by the elderly, the poor, African-American and Hispanic-American voters. But doesn't the U.S. Constitution guarantee the right to vote?

Not exactly. As Electoral Dysfunction makes crystal clear (and very funny), what the Constitution does, through a series of amendments, is to prevent discrimination against voters due to race, previous condition of servitude, gender or age (above 18, that is). The rest is up for grabs and the result, compounded by the worst aspects of our atomized system of state laws, is a chaos of more than 50 different sets of laws. (I happen to live in New York, which has the most byzantine, abstruse and absurd election laws in America, laws that produce over 50% of the election-law-related suits in the country. 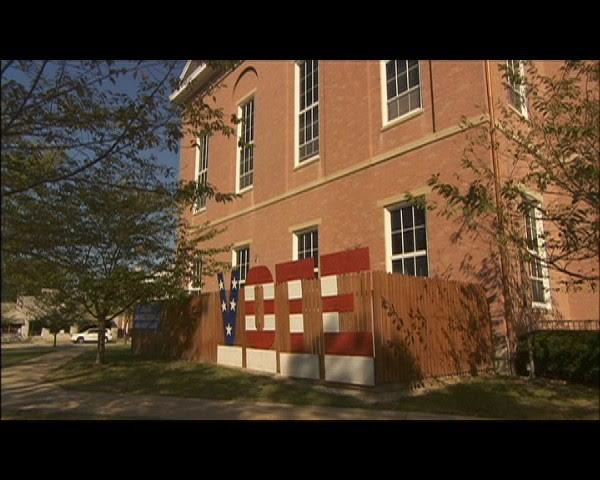 Jumping off from the 2008 election as experienced in the frequently red state of Indiana (which Obama carried then), Deschamps, Farrell and Singer offer a witty and biting history and portrait of this chaos, aided immeasurably by the winning and occasionally caustic presence of Mo Rocca as tour guide. The tone of the film is admirably balanced. There are more than enough dysfunctions in this system for agreement across party lines. It's a rare political documentary that doesn't make me want to walk out of the theater and punch some villain in the nose. Believe me when I say that the fact that Electoral Dysfunction didn't make me feel that way is high praise indeed. Equally important, the film offers some measured, concrete suggestions for improvement, which is more than many of our elected officials can muster.

It's been embarrassingly long since I posted to this space (shows you how much I like David and Bennett and Leslie that I re-emerged for their film). However, I have not been idle. Let me pull your coat to several items from Jewish Week that will be of interest to you.