A Small Freshet of Israeli Film

The JCC in Manhattan is, among other things, the home of the Israel Film Center, probably the most useful resource in the U.S. for exploring the burgeoning film industry of the Jewish state. One feature of the Center is their annual film festival, a showcase of some of the best of recent Israeli film, and this year's event begins next week on June 4, running through the 11th. Of course, I did an advance piece on the festival for Jewish Week, which can be found here.

Space and time limitations precluded coverage of several of the other films in the festival, but I've written, favorably, about at least one other title that will be part of the event, an Israeli-German co-production Anywhere Else.That film played at the Kino! program of new German film, almost exactly a year ago and, ironically, I noted that it could just as easily have been part of the Israel Film Center program. And now it is. 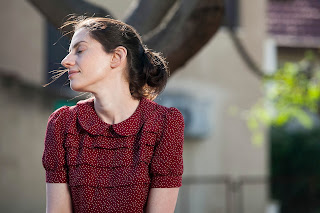 Homecoming: Neta Riskin in Anywhere Else


Writing about the film last year in Jewish Week, I said the following:


It wouldn’t have been that great a stretch for the Israel Center to be showing Anywhere Else, directed by Ester Amrani. Amrani is an Israeli-born filmmaker based in Berlin, whose feature debut, which is on the Kino! Program, is sort of an inversion of Hanna’s Journey. [Hanna's Journey is a theatrical feature about a German student in Israel finding herself, which was also part of the Kino! series.]  This time the protagonist Noa (Neta Riskin), like Amrani herself, is an Israeli woman studying in Berlin who responds to a series of personal setbacks by running back to her parents’ home. Her German boyfriend (Golo Euler), a musician on the cusp of career success, follows her, which leads to some amusingly awkward moments at the dinner table. He arrives on Yom HaZikaron, and Noa’s dad ingenuously asks him if Germany has a memorial day for “your soldiers.”

Noa’s family is classically dysfunctional. She and her brother apparently live on anti-depressants. She and her sister snipe at one another relentlessly. Her mother (the estimable Hana Laszlo) is meddlesome and her grandmother is dying. As for Noa herself, her relationship is on the rocks, her graduate work is being rejected and her fellowship withdrawn. The film opens with a beautiful, nearly indecipherable image of amber-colored crystals, which Amrani gradually reveals are nothing more than an extreme close-up of frosted glass. It’s a lovely visual metaphor for the complexity and even beauty that underlies the seeming chaos of Noa’s family life.

I had a singularly apposite experience trying to do a story on the upcoming series at Lincoln Center on the films of the excellent Argentine director Martin Rejtman. The press of deadlines and his own hectic schedule prevented me from interviewing him in person, and circumstances had a strange impact on the e-mail interview that ensued. Read the piece and you'll see what I mean. And by all means, go see the films, both the older ones and his latest, Two Shots Fired 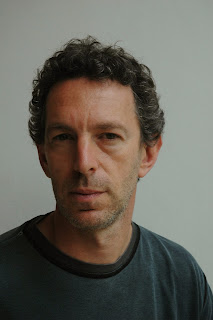 Also opening today is a troubling documentary, Forbidden Films, which asks once again the question, what do we do with the toxic waste that is Nazi culture? Felix Moeller, the film's direector, is admirably even-handed, perhaps almost detached from the question, presenting the various points of view fairly I think. I admit that I find myself deeply torn on this one, as my "critic's notebook" piece in Jewish Week admits. I'll be eager to hear reactions to both my story and the film.