I have written in this space many times about film people who are prisoners of conscience around the world, but it seems as if an inordinate number of these cases take place in Iran. Perhaps that is merely one more tribute to one of the world's most creative film industries. Reminds me of the story Mark Twain tells about an editor friend who, when asked about an incident in which he was tarred and feathered and ridden out of town on a rail, replied: "If it weren't for the honor of the thing, I'd have just as soon walked."

The latest bludgeoning of freedom of expression in the Iranian film community is the sentencing of writer-producer Mostafa Azizi. Azizi is currently in Evin Prison, having been handed an eight-year sentence for "insulting the Supreme Leader," among other charges. For more information and a guide to writing to push for his release, go here. 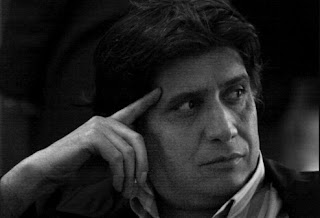 Get this man out of prison!

Bit of a Let-Down from Eran Riklis

Among the prominent Israeli directors to have emerged in the past two decades, Eran Riklis is perhaps the one with the most uneven output. His best work -- The Syrian Bride and The Lemon Tree certainly come to mind -- is quite good indeed. He made a string of disappointing films after Cup Final, his first success, but lately he has been turning more predictably interesting films, laced with a warmth and humanity that reminds me often of Leo McCarey.

So his latest, A Borrowed Identity, which opened theatrically today, really is unfortunate. It's not terrible, but it feels rather studied. When it played the Israel Film Center Festival this spring I wrote this:


Eran Riklis opens the event with the New York premiere of  A Borrowed Identity, scripted by popular Israeli Arab novelist Sayed Kashua from the writer’s novel Dancing Arabs. . . . A Borrowed Identity, like its literary source, is a bildungsroman that traces the youth of a young Israeli Arab, Eyad (Tawfeek Barhom) as he picks his way through the minefield of ethnic identity and Jewish-Arab conflict. Although there are moments of levity, Borrowed is essentially the latest installment the director’s ongoing search for the human side of the crisis. As in his best films. . . Riklis is trying to find the some reason for optimism but the material stubbornly refuses to provide one. Instead, it is his own dogged commitment to a cinematic humanism that is the most hopeful element in the film. 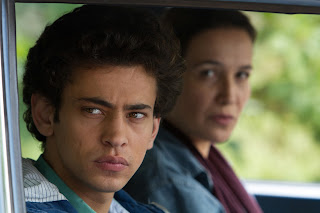 Although A Borrowed Identity pivots on the literal event invoked in its title, the name of the film also serves as a reminder of the uniquely ambiguous status of the Israeli Arabs. Eyad encounters the expected racism in the larger society, but finds allies among his classmates at the elite arts school he attends in Jerusalem. He also becomes involved with someone even worse off than he, Yonatan (Michael Moshonov), whose muscular dystrophy has already put him in a wheelchair. The problem with “A Borrowed Identity” is that, despite some nice very acting, the film is sluggishly paced and too often feels like a rather obvious version of a ‘50s problem picture. And yet, against all odds, the final fifteen minutes is genuinely moving, as Riklis’s complex language of camera movement pays emotional dividends.

Now here is a film series that looks like a lot of fun and adds titles to the general mix that could include some potential rediscoveries. The Czech Center is offering a "Rooftop Cine-Concert Series" Tuesday evenings this summer that will include a nice selection of Czech and American films from the late silent period, one pre-code classic (Sternberg's Blonde Venus, a typically delirious Dietrich vehicle) and one 1937 ham-and-egger, Sam Wood's Madame X  (which makes the cut because it includes uncredited work from Gustav Machaty). All the silents will feature live musical accompaniment, the most exciting of which, to my mind, are the presence of jazz great Henry Grimes playing for A Woman of Affairs (Clarence Brown), Jiří Bárta playing cello at An Old Gangster's Molls, a 1927 Czech film directed by the euphoniously named Svatopluk Innemann, and Ben Model accompanying Machaty's Erotikon. The combination of silent films with live music and the presence of several Czech films that are virtually unseen in the U.S. makes this one a keeper. Add a little summer moonlight, dance music before the film and is sounds like a very pleasant evening in New York. 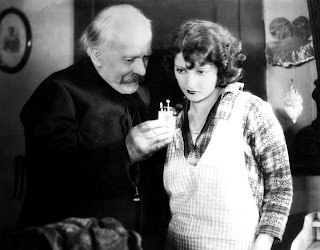 It gives me real sadness to say that Christopher Lee died this week at 93. Although the obits will talk about the Rings trilogy and the gravitas he lent to the deplorable Star Wars prequels, I prefer to think of him for much of his work for Hammer Films, which he frankly disdained. I can understand his impatience with the subject -- for a long time it was the only thing he was ever asked about -- but some of the Terence Fisher films, particularly the early Draculas and most of all The Devil Rides Out, are really splendid and he is superb in them.

I actually met Lee once at a press conference after a screening of the Bond farago, The Man With Golden Gun. I asked him about The Private Life of Sherlock Holmes, of course the best film of his career and he brings a great deal to it, and he lit up like the Blackpool Illuminations. He clearly was sick of hearing about the Hammer films and bored with the Bond tour and, as he said to me, working with Wilder was one of the great thrills of his career.

At any rate, if what some believe is true, I'm sure Peter Cushing is working on a bang-up welcome for his old friend.
- June 11, 2015 No comments:

That means "Speak Yiddish!" for all you foreigners.

The National Yiddish Theater -- Folksbiene is sponsoring a dizzying event celebrating Yiddish culture in all its multifarious forms in New York City June 14-21, and I have stories on both the musical offerings (and here) and the some of the film programs in this week's Jewish Week. Called Kulturfest, the week-long program includes some tantalizing cinematic offerings. In addition the ones I mentioned in my brief story, I would also draw your attention to the screenings of Emmanuel Finkiel's Voyages, a lovely film about French-Yiddish culture which played theatrically in NYC, and two films by the wonderfully polymathic Yale Strom, who is something of a kulturfest himself. I am particularly fond of his 2002 documentary L'chayim Comrade Stalin, a recollection of the bizarre events surrounding Stalin's decision to establish a republic for the Jews in the middle of nowhere, the only "nation" in history whose official language was Yiddish. 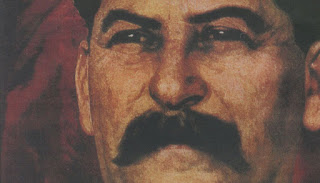 Guess who! A Yiddishist he wasn't.


Overall, Kulturfest is a groaning table of delights, laden with music, theater and cinema. The schedule is too complicated for me to even begin to enumerate, so I direct you to the website for the event. And hope that this will become an annual shindig.

It's that time of year, the Human Rights Watch Film Festival is up again at Lincoln Center starting June 11, bringing with it tales of tragedy and, occasionally, triumph. It's the only film festival I know that the better the films are, the worse you feel afterwards. As always there's a full slate, mostly documentaries ,although these days that can mean a wide range of kinds of non-fiction film. Indeed, my Jewish Week piece on the two Middle Eastern-set films are pretty indicative of how much the meaning of "documentary" has expanded. You can read about those films here, and can find out more about the entire festival here

One of the better new movies of 2015 opened this past weekend, the Safdie brothers' Heaven Knows What. It is an impressive follow-up to Daddy Longlegs (AKA Go Get Some Rosemary), a film that moves them well out of the mumblecore orbit into a darker neo-realist strain. When it played last year's New York Film Festival, I wrote this in Jewish Week:


Josh and Benny Safdie have been the center of a collective of talented young filmmakers based here in New York, and their own highly variegated work has been a prominent part of the output. They dabbled in documentary most recently, but their last fiction feature, Daddy Longlegs, was memorably intense, working its way from a light-hearted family saga to something much darker and troubling. Needless to say, they should be on the radar of anyone interested in contemporary film. And with their new film Heaven Knows What they have made a great leap forward.

Heaven Knows What is a harrowing trip through a brief period in the life of a homeless junkie, played with astonishing nuance by writer Arielle Holmes. Holmes is not an actress, but the film is based on her memoir and she clearly has achieved the necessary distance to remember and recreate the hellish life she has left behind. Not, perhaps, recalled in tranquility, but certainly recalled in vivid detail. 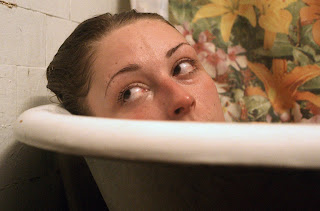 More than one way to get clean: Arielle Holmes in Heaven Knows What

Harley (Holmes) is madly, damningly in love with Ilya (Caleb Landry Jones), a fellow addict who is only interested in his next fix. When she offers to commit suicide to prove her love, he encourages her to make good on the threat. She survives and is soon back on the streets, hanging with a motley gang of drug fiends, drunks and losers, led by dealer-user Mike (Buddy Duress, apparently a legendary street character himself). Then it’s the agonizingly repetitive life of getting high, searching for the next fix, getting high again and on and on.

The Safdies make this material profoundly compelling. Using a visual style that echoes the quasi-neo-realist drug movies of the early ‘70s (think Panic in Needle Park but with even less gloss), but without recourse to hand-held camera, relying instead on long lenses and static set-ups that give the film a distanced, occasionally hallucinatory look, they find a striking balance that eschews both voyeurism and preaching. There are a few moments of dark humor, as in the scene in which an oddly supportive Hasid offers Harley money so that she can stay high; she replies quizzically, “I’m not Jewish or anything.”

But mostly this is a bleak world in which a recurring scene of Harley and Ilya embracing in extreme close-up is so ambiguous that one cannot tell whether they are making love or trying to strangle one another. Such is the chilling reality that the film captures so adroitly.
- June 02, 2015 No comments: