So I've been covering the New York Film Festival and other goodies for Jewish Week. Plus a bunch of things I want to pull your coat to.

First, my first Film Festival piece is here:http://www.thejewishweek.com/arts/film/last-elder-terezin
I don't know when the Frederick Wiseman review will be posted, but here's what I said:


Frederick Wiseman is a documentarian whose work seldom touches directly on Jewish topics (although his brilliant essay in fiction film, “The Last Letter” does so with exceptional power), but his attitude and interests bespeak a personality steeped in Jewish ethics and values. His latest film, “At Berkeley,” a four-hour glimpse into the inner workings of the University of California at Berkeley, provides an excellent example. As in most of Wiseman’s work, the film pivots on the theme of the place of large public institutions in a democratic society, one that is pluralistic and wildly diverse. Berkeley, which has always grappled pretty openly with this issue in both its governance and its daily routines, is a terrific vehicle for Wiseman’s cinema-verite gaze.


Covering most of an academic year at the school, Wiseman’s primary focus is on the complex vectors of power that tug at the school on a daily basis – the state legislature in Sacramento, the impossibly complicated array of student groups and interests, California’s financial crunch, potential donors both personal and corporate, and so on – and his access was formidable. In the post-screening press conference he said that the only meetings to which he was not privy were discussions of tenure.


Strangely enough, therein lies the film’s central dilemma. If you can show nearly everything, how do you choose what to show? For much of the film’s running time, Wiseman’s choices are unerring as usual. The university’s leaders, particularly the handsome and soothing-voiced Chancellor Robert J. Birgeneau (who retired this May), are not merely smart manipulators. One feels their genuine concern for the student body, beleaguered by continuously rising costs, and the faculty, and their commitment to the place of higher education in a democratic society. When the film is focusing on them, and on the staff, its footing is sure. But the choices of class time Wiseman has made frequently seem arbitrary, even perfunctory. Only towards the end of the film, when he devotes a long sequence to a remarkable group of older students, an on-campus  veterans’ support group, do we get some sense of the larger societal impact of a great public university.

The second part of a spirited and charming conversation with Eran Riklis is up on the JWeek site here: http://www.thejewishweek.com/arts/film/these-mean-streets-are-beirut 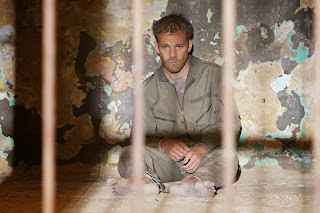 Stephen Dorff in Time Out, One of His Bleaker Moments in Eran Riklis's Zaytoun

I cannot urge you strongly enough to see Alan Berliner's HBO film First Cousin Once Removed.  You can find information on screening times here: http://www.hbo.com/#/documentaries/first-cousin-once-removed
and my interview with Berliner is here:http://www.thejewishweek.com/arts/film/filmmaker-grapples-family-and-memory 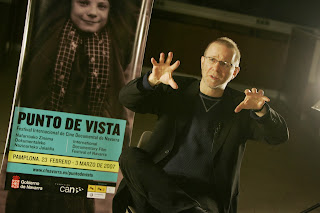 As regular readers know, I've become an ardent advocate for the wider dissemination of literature in translation. In addition to the growing number of publishing houses that specialize in this area -- and I cannot overpraise Open Letter Books, Archipelago Press, New Vessel Publishing and countless others -- I want to draw your attention to a fascinating project (w/blog, of course) of a young woman reader in England. The very useful Publishing Perspectives website has a story on her here with links to her blog and her book list:
http://publishingperspectives.com/2013/09/one-year-reading-a-book-from-every-nation-in-the-world/

And you could do a lot worse than to check out Publishing Perspectives on a regular basis, particularly if you are a writer.

As we know, I won't make any promises about regular appearances in this space, but I'm hoping that the fall will bring more to write about.