Okay, I'll grant that it's rather odd that after such a long silence I would return to this blog with a diatribe about social media. (I still tweet, after all.) But recent events have proven the wisdom of my decision, almost a year ago if I remember correctly, to drop off of Facebook.

It's one decision I haven't regretted. Oh, there are times when I have a piece on the Jewish Week website and wish I could alert the whole world (gotta get more Twitter followers, dammit), but the price of cooperating with the odious Zuckerberg/Sandberg combo is too steep. If you don't believe me, you must not be reading the newspapers. Let me sum it up for you in a sentence or two: I don't want my personal data sold to large corporate monsters behind my back, and I don't want even inadvertently to support a bunch of low-living fraudsters who pass money and power along to neo-Nazis. If you think I'm exaggerating, check this out.

In the meantime, there's enough bad news on the film front from Israel to satisfy any natural-born pessimist (yes, I raised my hand). Take a look at my recent culture column for Jewish Week. On a much more pleasant note, there is a splendid opportunity to partake of Yiddish culture this coming week in NYC, including some film programs, and you can read about it here.

I'm typing this while I watch the last four students finishing up the final exam in my last class of the semester. Hopefully, as I begin the great push for the Iras and catch up with late '18 films, and forward movement carries me towards the New York Jewish Film Festival early next month, we can talk movies again.

Come to think of it, I do have one major recommendation for a film that will hit some theaters in the next week or two, Pawel Pawlikowski's exemplary political romantic melodrama Cold War. When it played the New York Film Festival this fall, I wrote invoking the grim ending of Christian Petzold's Transit, another excellent film that will open in New York shortly:


Pawlikowski’s “Cold War” may be read as a cautionary tale of what happens when such wishes are granted. Inspired by his own parents’ experience of post-World War II Poland, “Cold War” is an odd, jazz-inflected threnody, a wailing, yet mournful ode to a pair of doomed lovers who (unlike Pawlikowski’s family) are condemned by their own incompatibility and the buffeting whiplash of shape-shifting Stalinism in the Warsaw Pact countries. 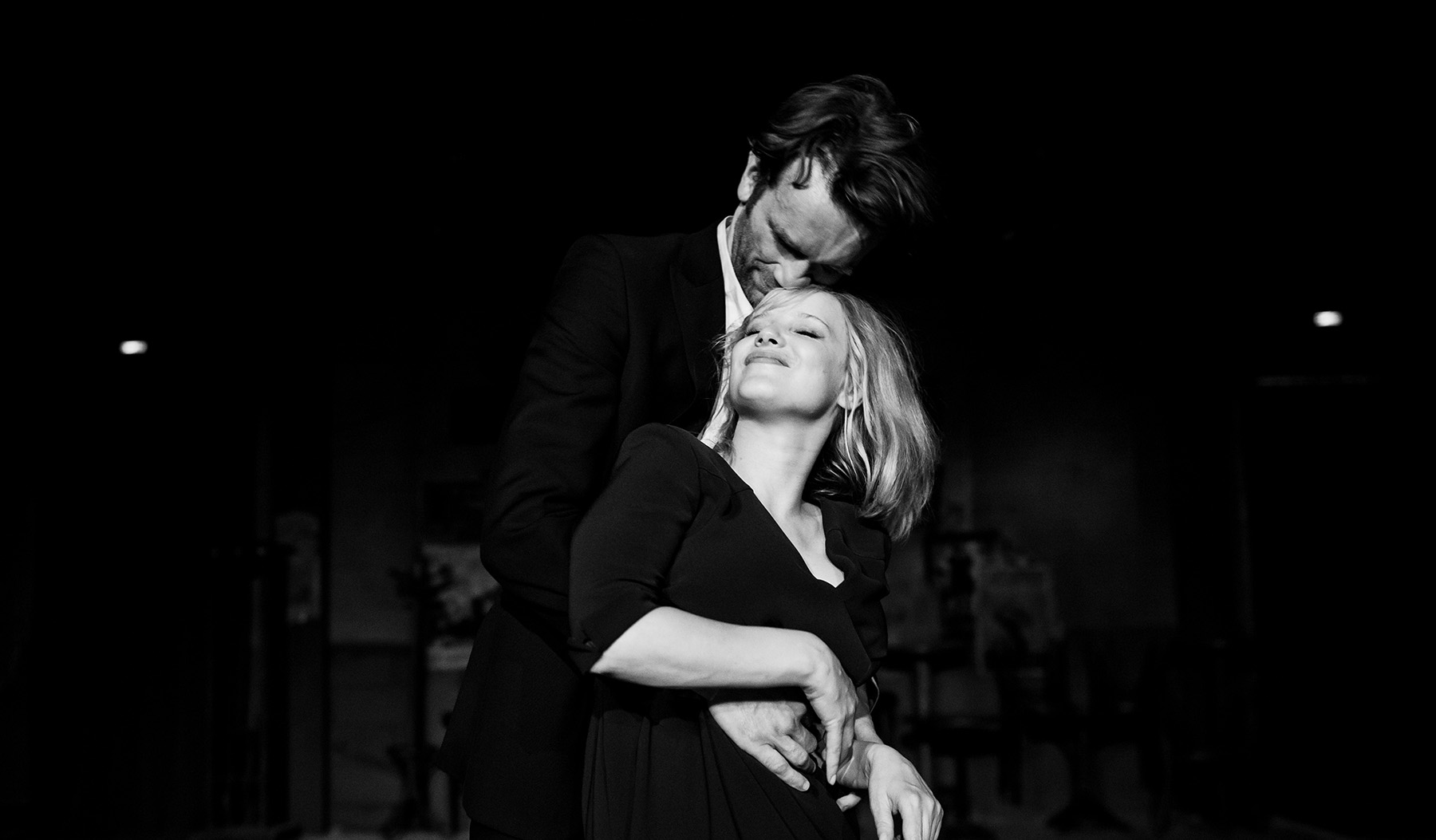 Scene from Pawel Pawlikowski’s “Cold War.” Film. Courtesy of Lukasz Bak
Like “Ida,” the new film was shot by Lukasz Zal in shimmering, moody black-and-white. Once again, Zal’s mist-drenched landscapes suggest the evanescence of historical memory when juxtaposed with personal pain. Yet, as in “Ida,” “Cold War” also offers the powerful sense of time as a palimpsest on which are written many layers of experience, not necessarily by the same hand. Pawlikowski makes that abundantly clear with two appearances at key moments of an abandoned medieval church in an overgrown countryside, its mosaics of saints half-hidden under subsequent growth and decay.
Music provides the vehicle for the film’s exploration of the ill-fated Wiktor (Tomasz Kot) and Zula (Joanna Kulig). He is a gifted composer and arranger, forced by the regime’s aesthetic politics into forsaking his jazz and modernist interests to work with a unit collecting folk music. She is a protean figure of mystery, neither the peasant girl she passes for nor the femme fatale most assume her to be. As Pawlikowski shows them slipping through the years between 1946 and 1964, moving from the Polish woods to Warsaw, Berlin, Paris and, finally, unhappily back to Poland, he shows in shorthand the multiple ways in which an amour fou can go wrong. Their personal failures are compounded by a politically motivated bureaucracy that can casually insist that a young chorister “who is too dark” (meaning “too Jewish”?) dye her hair blonde for a “classic Slav” look, uncomfortably similar to the perfect Aryan appearance prescribed by a previous oppressor.