How Weird Is the World Right Now?

Yeah, that burst of action tired me out.

My wife and I went through a ten-week quarantine only to find out that we were negative for COVID-19 all along. That is, if you trust the tests that are available. My doctor told me that the current ones may register as many as 30% false negatives. So maybe I'm not not sick.

I won't remind you of all the madness out there. ("You say it's a jungle. I say it's America.") But it does seem like a year that's ripe for non-fiction film, and I'm currently seeing more of those than of narrative features. So, a few recommendations to get you through the week. (And, no, I didn't slow the testing of recent cinema to make life easier.) Ironically (given my departure from Jewish Week just before the plague hit), most of the films I've been seeing have Jewish themes. Luck of the draw, I guess.

The central figure of Picture of His Life, is Amos Nachoum, one of the world’s foremost wildlife photographers, a specialist in underwater photography. Nachoum’s obsession for many years has been his desire to swim with and photograph polar bears, something no underwater photographer has ever done before. Given that the polar bear is “the biggest predator on earth,” as his friend and colleague Adam Ravetch puts it, can swim twice as fast as any human and, as its natural habitat has been destroyed by climate change has developed a taste for human flesh, Nachoum is facing a significant and life-threatening challenge.

But that challenge has its roots in his own personal traumas. His father fought in the War of Independence in 1948 and suffered from PTSD. As one of Amos’s sisters recalls drily, “It wasn’t a peaceful household,” and Amos was on the receiving end of physical and verbal abuse. At one point in the film, he returns home for his father’s 90th birthday and becomes the target of a scathing and vicious attack by the old man. Nachoum is also the survivor of the terrors of modern warfare, a veteran of an elite commando unit that saw horrific action during the Yom Kippur War and his defense mechanism, still highly visible, is an invisible but obvious suit of emotional armor. 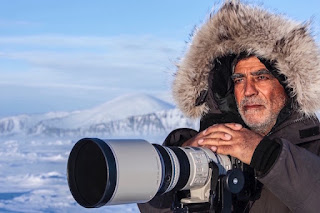 If anyone can swim with polar bears: Amos Nachoum

Veteran Israeli documentarians Yonatan Nir and Dani Menkin use the quest for polar bears in the Canadian Arctic as a thoroughly plausible and efficient way to explore Nachoum’s personal search for tikkun. He is a genuinely likeable and profoundly compelling protagonist and the film is astonishingly beautiful, shot by himself and Ravetch. Needless to say, the subtext of environmental crisis adds to the film’s power as well.

You can screen Picture of His Life on-line. For information go here.

The most heartening developments of this long spring have come from the perpetually painful realm of race in America (and globally, as we have seen lately). So it's appropriate that the Marlene Mayerson JCC in New York City is showcasing They Ain’t Ready for Me, directed by Brad Rothschild. The film focuses on Tamar Manasseh, an engaging powerhouse whose community work in Chicago is inspired by her intense Jewish identity. A protégé of Rabbi Capers Funnye, she grew up in his Ethiopian Hebrew Congregation and, taking the injunction to “repair the world” to heart, created a group called MASK (Mothers Against Senseless Killing), dedicated to turning at least one corner of Chicago into safe haven for children and adults. Mansseh started with the idea that a very visible group of moms sitting on a corner lot every day in the summer,  encouraging people to join them with food and play space for kids would create a sense of community and make it less likely for that one block to become a free-fire zone. The program has grown steadily and Manasseh has gradually incorporated elements from her Jewish identity into her remit, hosting a community seder and building a sukkah on the lot. She is engaging, pushy in the best way imaginable, voluble and funny. Her personality drives the film, which is a good thing since Rothschild’s conception, tied to chronology, is a bit baggy. The result is a tiny beacon of hope, never more timely than right now. 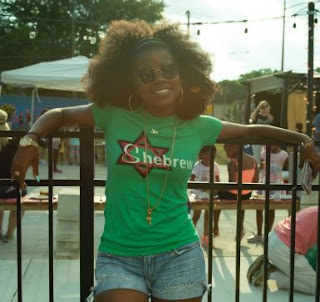 They Ain't Ready for Me will be available for screening June 23 at 5 p.m. through June 25 at 11:59 p.m., with a live Zoom conversation and Q+A with Manasseh and Rothschild on June 25 at 8 p.m. To register and purchase tickets go here.