I have been a supporter of the work of Paolo and Vittorio Taviani for many years. Their coolly distanced Brechtian take on the world in films like Allonsanfan, Padre Padrone, Good Morning. Babylon,and Night of the Shooting Stars, laced as it is with a certain Italian operatic intensity has always struck me as rewarding. It's the sort of thing I could imagine Antonio Gramsci doing had he been a filmmaker. The multi-layered theatricality of their last film, Caesar Must Die, built around a performance of Shakespeare's Julius Caesar by the inmates of an Italian maximum security prison was nothing short of thrilling, a word that I almost never use. 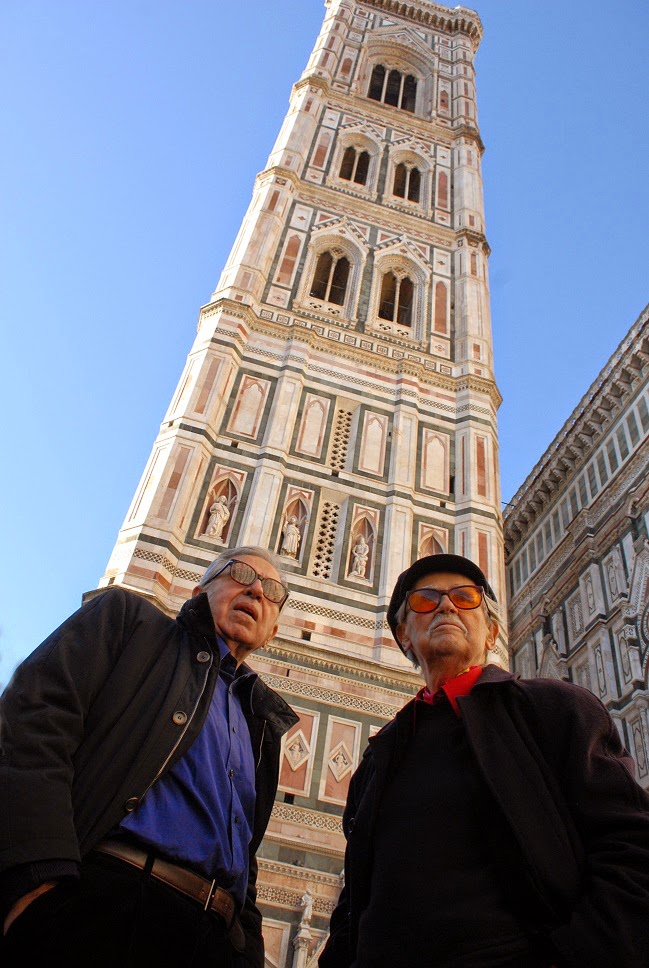 So when I saw that their new film, having an American premiere at the Tribeca Film Festival last week, would be an adaptation of some of the Decameron, Wondrous Boccaccio, I was delighted. Unfortunately, the result was totally unexpected. The opening scenes of plague-induced panic should have given me some inkling that this would be  hard slog rather than a pleasure trip; a father allows himself to be buried with his dead children, the streets of Florence are deserted except for a few desperate, seething people dashing about looking for a place to hide from the plague and a few artfully arranged dead animals. Large plazas become staging areas for highly stylized and utterly unconvincing arguments about what to do next. Everyone and everything is too pretty, too theatrical, too allegorical. 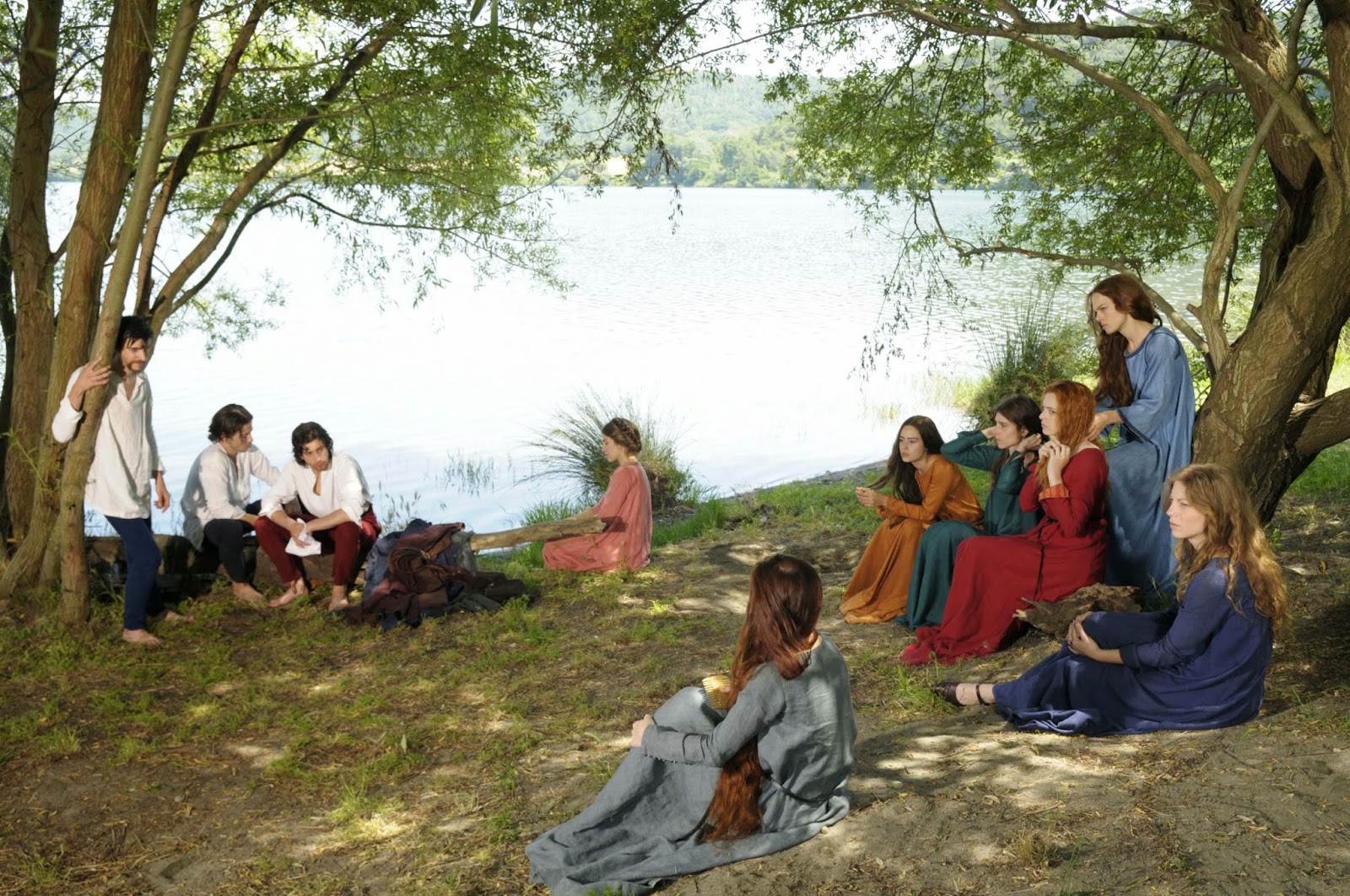 Looks like the Phi Kappas are having a picnic and we weren't invited.
No, it's a bunch of folks waiting out the plague in Wondrous Boccaccio.

Finally, the Tavianis gather together their ten young people who will seclude themselves at a farmhouse some distance from the city to entertain each other with stories while waiting out the departure of the lethal visitation. Three young men, seven young women, all of them gorgeous and about as believably medieval and daunted by the specter of their own mortality as a band of lower-ranked tennis pros.Unfortunately, the stories they tell are as antiseptic and unerotic as their demeanors would lead you to expect. One tale about a backward apprentice in an artist's studio, conned into believing that a stone he has found confers on him the gift of invisibility, feels like it should be played at Three-Stooges pace, but the directors stage it with an incomprehensibly stately rhythm that suggests ballet rather than comedy. Similarly, a throwaway anecdote about naughty nuns feels like a left-over Carry On sketch but is played more like Everyman. But even the serious stories suffer from a pain-inducing mixture of lugubrious solemnity and an excess of sanitary zeal. The sex isn't sexy, the plague victims look like they're in starched swaddling clothes and everyone has astonishingly nice teeth. It is so tasteful you could think you were watching Merchant-Ivory.  Apologies to the Taviani brothers, but this Boccaccio needs some filth, literal and figurative, a heaping helping of shit, pus and blood, sweat, semen and nudity.