The Tribeca Film Festival kicked off today and, of course, I'll be downtown and covering it both in Jewish Week and here. My first recommendation is an off-beat one, Gored,  a new documentary about the world's most-gored bullfighter, directed by a young Israeli filmmaker, Ido Mizrahy. The film is a surprisingly low-key portrait of Antonio Barrera, who prepares, as the film shows us, for his farewell performance. He has been gored by his taurine opponents 23 times, a rather unfortunate record that is something of a testimony to his commitment to his art. It would be easy for Mizrahy (and screenwriter and producing partner Geoffrey Gray) to sensationalize Barrera's story, but Gored is a thoughtful examination of a man whose professional limitations have combined with his deep desire for success in the eyes of the aficionados to make him repeatedly put himself in harm's way. If you watch the Ruslan Provodnikov-Lucas Mathysse fight this weekend (and you should), think of Provodnikov as a torero and you'll have some idea of what Barrera's style is like. Or you could go downtown and see Gored. 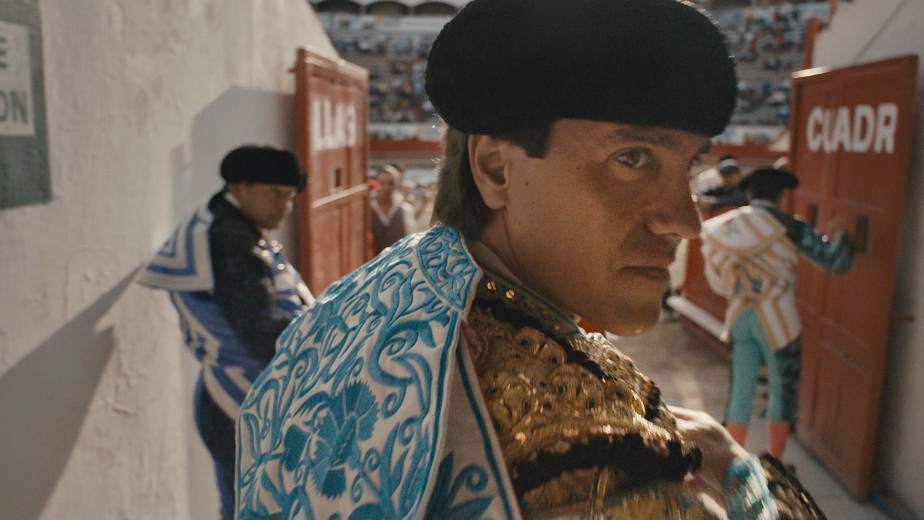 What, Me Worry? Antonio Barrera gets ready for work in Gored.

In the meantime, you can read my interview with Mizrahy here

While you are on the Jewish Week website, you should also check out my review of Felix and Meira, a gratifyingly intelligent new drama from Canadian filmmaker Maxime Giroux. It is a ravishingly beautiful, quietly thoughtful film. And those are virtues that are all too rare in contemporary mainstream films these days.